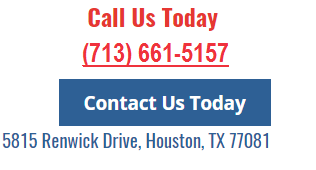 There are some kinds of electric cars of many auto manufactures planned to be released this year. They are “Concept Active E” of BMW; “Leaf” of Nissan; “Volt” of Chevy; “Envi” of Chrysler/Dodge.

Chrysler is also electrifying a minivan, and the Jeep. Tesla motors presently has the “Roadster” which cost over $ 100,000. Another model from them, to be released next year, is the “Model S” which has a price tag of $ 49,500. The problem is that these vehicles will be too expensive for most people to afford; especially in the present state of the economy. The solution to this problem is to do an EV conversion yourself or have someone do it for you. If done correctly, a DIY conversion can rival those done by the car manufacturers. The options are AC or DC. The car manufacturers will be producing AC conversions, which is a somewhat better drive system than DC but cost significantly more. An AC motor is said to be better in hilly terrain and have more torque but a DC conversion can still be quite good at a fraction of the cost.

So, the first step is to decide on a vehicle to convert. Secondly, give some thought to your driving requirements; range required, highway or rural driving. Asking yourself these questions will help you decide which components will be best for you. Also, take note of the GVWR posted on the driver’s door jam. As with an ICE, more weight (payload/passengers) will cut down your mileage. Do the research and get familiar with the components involved. If money is an issue, get one component at a time and you will eventually get there. In the meantime, you can be educating yourself about the conversion. The next section will tell you how you can dramatically improve your range.

A major issue that the electric car manufacturers and the EV conversion industry have been struggling with is the batteries; the space they take up, the added weight, the charge time, and their cycle life. Batteries are only good for few hundred cycles. The most popular choices are: Lithium Ion (LiIon), Lithium Polymer (LiPo), Lithium Iron Phosphate (LiFePo4), and deep cycle lead acid batteries.

There are some shops that will add 1,000+ pounds of lead acid batteries to do a conversion. This is ridiculous. Also, replacing these batteries every couple of years will be an ongoing expense. There is a solution. Some years ago, capacitors were rated in microfarads or pico farads. Due to improvements in technology, they are now available in values up to thousands of farads. They are called ultra capacitors or super capacitors. Some of the car manufacturers are utilizing them in their EV designs. They can store much more energy than batteries, take up less room, charge up fast, and have significantly less weight; which will improve your miles per charge. Ultracaps may initially cost you more but, you won’t have to keep replacing them because they are good for up to a million cycles. Ultracap modules are presently being used to store energy in alternative energy systems such as wind turbines, solar, etc. They are also being used in heavy equipment; such as cranes, electric trains and trolleys.

I am an electromechanical engineer and have been into alternative energy for the last ten years. I became aware of ultracap modules several years ago for use in alternative energy systems that I have designed. After becoming involved in the EV industry, the battery issue is the first thing that caught my attention. I believe that ultracaps will dramatically improve the EV industry. If you are seriously considering an EV conversion, check out the spec sheet and compare them to any batteries on the market. There are a lot of EV component retailers out there but only one of them has the ultracaps and the best prices on these…anywhere. Go to: http://www.xaviertechnologies.com/ev_%20conversion.htm